The Trouble with Ticking Clocks

So, this week there was a great debate in our house.  With 4 young sons I fear that on my gravestone it will say here lies Sarah ‘we’re going to be late’ Beeny.  So being a person who always hopes there might be a solution to all problems decided to purchase a large number of clocks which I could liberally spray around the house to encourage personal time-keeping and save on a small percentage of my nagging.  Great in theory until……I discovered that most clocks tick, so having carefully chosen clocks that had numbers not roman numerals for ease of reading and fitted them in every room – my husband and I then embarked on a number of nights of more restless than normal sleep.  The night appears to not only amplify any worries, fears, or concerns to near critical level but it also amplifies the near silent ticking of a clock to a point where it’s like sleeping next to a percussion concert.  So much so that the third morning I woke to find all the clocks on the floor, batteries strewn around like leaves on an autumn day and a very, very asleep Graham face down on one of the boys beds.   Appreciating that we were simply not going to recover from the ‘ticking incident’ I reverted to type shouting until I decided to search on the wonderful interweb for ‘silent clocks’.  It turns out they are two a penny, so now once again there are time machines throughout the house!  Now all I need to do is get the children to look at them – this might be harder of the tasks for me but for all of you better parents, your journey would have ended here. 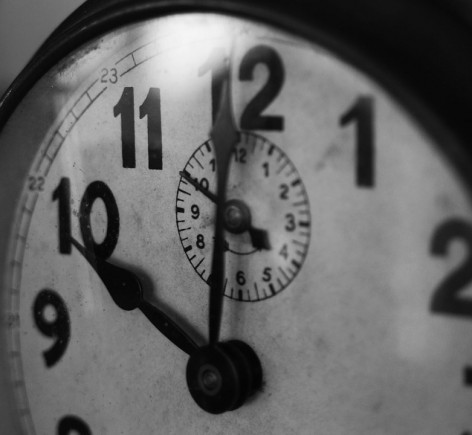